Great news! Some of America’s hottest chefs are coming to The Alisal to team up with the Ranch’s Director of Culinary Operations, Anthony Endy, for a series of memorable California Ranch Cookouts. The focus will be on barbecued favorites, including savory meats, seafood, delicious roasted veggie dishes, and grilled decadent desserts.

“I am thrilled to be working with these amazing chefs to create this series of very special outdoor culinary events. I know you will love them,”

The chefs participating in the California Ranch Cookouts have been highlighted on television’s top cooking shows, and are stars of their own restaurants. This summer and fall, they are heading to The Ranch to serve up memorable feasts just for you. The bar will be open for beverages, the atmosphere will be festive and the outdoor dining will surround you with the beauty and California ranch heritage of The Alisal. If you already will be staying at The Alisal when these events occur, there will be no extra charge for your attendance. If you don’t yet have an accommodation reserved, this is a great excuse for a getaway. The Cookouts are only open to guests and Signature Members. If you are an Alisal Signature Member, space at the Cookouts can be reserved without an overnight stay at a cost of $95 per person. 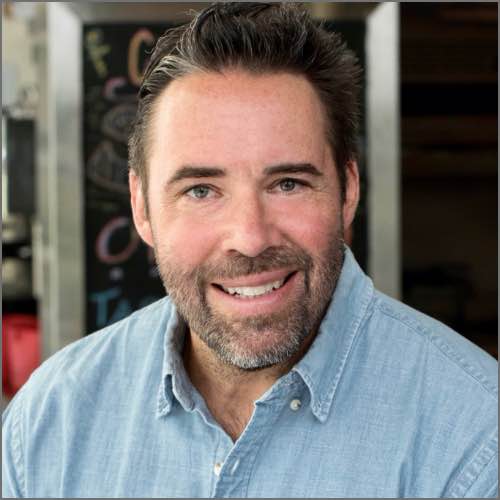 David Lentz is the chef and owner of the critically acclaimed Hungry Cat restaurant in Los Angeles. David grew up and began his culinary career on the East Coast, but eventually settled in Los Angeles in 2000. In LA, Lentz gained widespread acclaim as opening executive chef at Firefly and Opaline restaurants.

In 2005, Lentz opened his first solo restaurant project, The Hungry Cat, in Hollywood, where he earned a reputation for preparing outstanding seasonally inspired seafood and bi-coastal American classics. In May of 2006, Star Chefs named Lentz the Rising Star Chef of the year.

California Ranch Cookouts is a perfect opportunity to experience the kitchen artistry of David Lentz surrounded by the beauty of The Alisal. 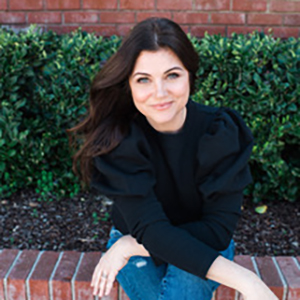 Thiessen is an American television and film actress. A versatile performer, she has proven her talent from comedy to drama in a variety of film and television roles. From Woody Allen’s comedy “Hollywood Ending,” to “Beverly Hills 90210,” Thiessen’s charisma has kept her career moving constantly forward and has gained her the adoration of millions internationally.

Tiffani Thiessen recently wrapped the final season of the Emmy-nominated Netflix original sitcom ALEXA & KATIE. While simultaneously working on the show, Tiffani published her first cookbook, PULL UP A CHAIR, in October 2018 to much fanfare.

For three seasons, Tiffani hosted DINNER AT TIFFANI’S on Food Network. It is now one of the most watched shows on the network. 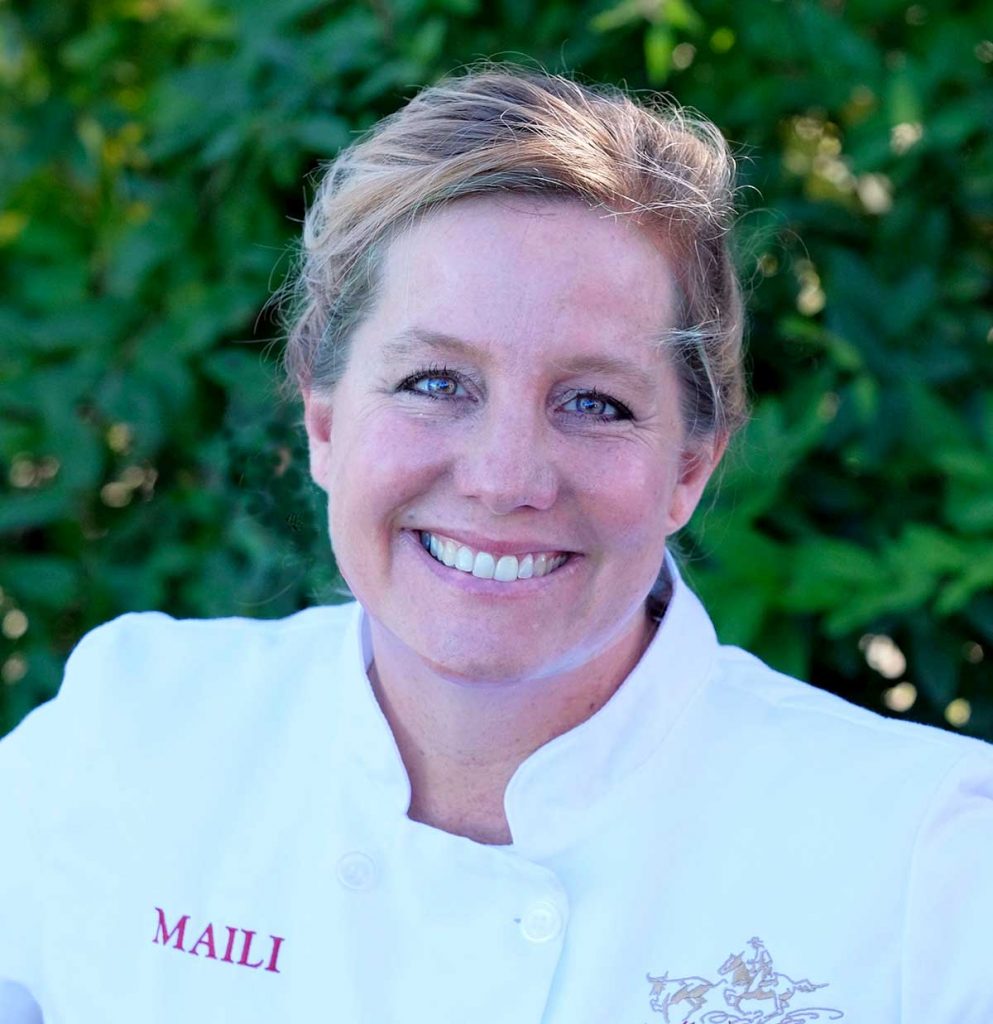 Chef Maili Halme is a dynamic force in the catering world and Santa Barbara is lucky to have her.  Maili’s passion and energy for fabulous food, combined with her natural sense of how to create a unique event, places her in a sphere apart from traditional event caterers.  Maili is currently at work on a new project, Mulberry House in Mentone, Alabama.  A private pastoral retreat in the mountains that will host culinary workshops and experiences directly from their farm. 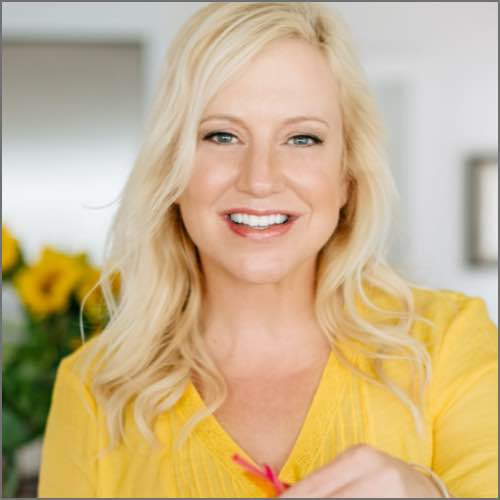 Kristen Thibeault is the Co-Founder and Executive Chef of a premium high-performance catering company, Nybll, featuring a menu of plant-forward meals known to promote a culture of health. With clients over the years ranging from Fortune 500 companies to championship sports teams, to celebrities like Richard Gere and Sting, Thibeault is a pioneer of the modern plant-based food movement. She is also a distinguished vegan chef and certified sports nutritionist.

We invite you to experience the best in healthy grilled cuisine at this special Cookout event. 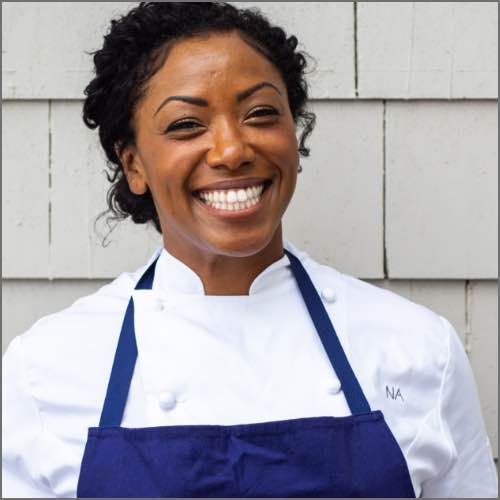 Chef Nyesha J. Arrington is one of America’s top chefs. Her cooking style draws on her fine dining background presented in unpretentious dishes that all can appreciate. Her accent is on farm fresh, locally, and responsibly sourced ingredients.

She has been featured in Food & Wine Magazine, GQ, Rachael Ray Everyday Magazine and on the Cooking Channel, for her accomplishments in the culinary industry.

Once you experience her savory creations at the California Ranch Cookout’s Vaquero BBQ, you too will be a fan. 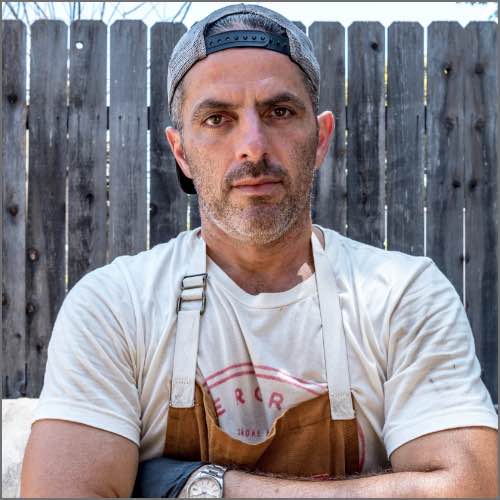 Burt Bakman first shot to fame in the Los Angeles culinary scene with Trudy’s Underground Barbecue, the Texas-style BBQ joint running out of his Studio City home. From the backyard, he started serving smoked brisket and other barbecue essentials to diners who called his barbecue the best that Southern California had to offer.

One of Bakman’s earliest supporters and friends in Los Angeles, was Brian Toll of the well known h.wood Group. In 2018 the two friends and partners opened SLAB, a brick-and-mortar location on the busy strip of West Third Street in Los Angeles. Burt brings his show-stopping BBQ specialties to SLAB every day of the week, and continues to pioneer the future of BBQ in LA.

Don’t miss this opportunity to experience the flavor of one of America’s great pit-masters, right here at the Alisal.