A Story Of The Alisal’s Ranch Course, Then And Now

Home » Alisal News » A Story Of The Alisal’s Ranch Course, Then And Now 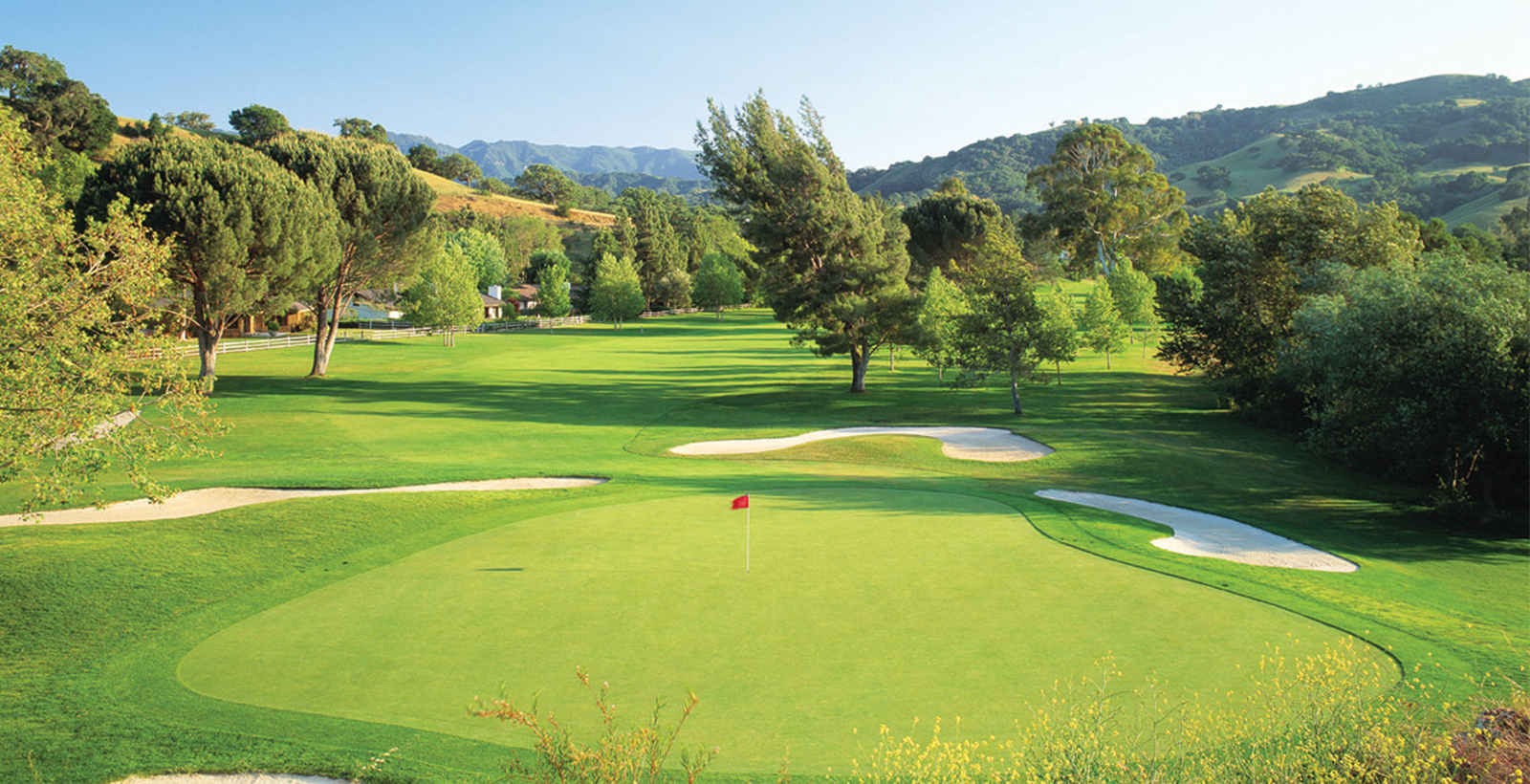 The graduating class of 1912 at Rindge High School in Cambridge, Mass., included my grandfather, Forrest Gould, and the aspiring actor Walter Brennan—who would go on to appear in many Western hits playing an ornery, rooster-type character capable of heroic deeds when called upon. I thought of my grandpa’s classmate during a recent interview with Dave Hartley, when our conversation turned to Bill Train, Hartley’s predecessor as head golf professional at The Alisal Guest Ranch and Resort.

“Bill was small and wiry, with a grumpy exterior,” recalls Dave. “On the lesson tee he might tell a student, ‘I can’t bear to look at that backswing of yours,’ or he might ask them, ‘How do you expect to play this game with such a godawful grip?’ Underneath all that, Bill had a heart of gold, and everyone here loved him.”

They also stood in awe of Train’s playing ability. According to Hartley, his old mentor—now deceased—eagled all 18 holes on the 6,500-yard Ranch Course, many of them multiple times. Led by a Ranch Club founding member named Don Pate (whose son is the former PGA Tour star Steve Pate), the membership installed a commemorative flagpole and plaque as a monument to their beloved original pro. 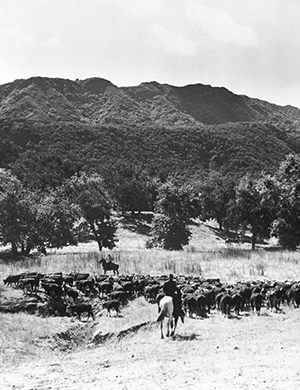 Plenty of film-industry folk from Walter Brennan’s era and afterwards have come to this magical property in the Santa Ynez Valley seeking refuge from Hollywood’s glitter and stress. A working cattle ranch to this day, it has that poignant, cowboy-movie landscape that makes it ideal for equestrian pleasures, one of the main reasons longtime guests keep returning. In fact, while the likes of Clark Gable and Doris Day were frequent guests here, the best-looking international celebrity to grace the grounds was probably Flying Ebony, a handsome bay stallion that won the 1925 Kentucky Derby and was retired to stud at The Alisal by the property’s owner at the time, Charles Perkins.

All told, the 10,000-acre property conjures an Old California where the order of the day is outdoor adventuring in rugged, sunlit expanses. Down the road you’ll find the historic town of Solvang, which indeed means “sunny field” in Danish. Any visit to this area should include a ramble through Solvang’s wonderfully preserved Scandinavian architecture. It’s all hipped roofs, half-timber framing, and virtuous white-stucco walls—there’s even a small windmill, right on a main street. A museum devoted to Solvang’s role in the 19th-century emigration from Denmark to various locales in the American West is worth checking out.

Golf at this resort is part classic and part modern, consisting of the Ranch Course, vintage 1956, and the recently renovated River Course, now celebrating 25 years of picturesque, links-style golf with a bit of “resort course” forgiveness—an attribute once questioned but in great demand these days. In honor of the course’s 25th anniversary, a commemorative Golf Package with special golf deals—based on original 1992 rates—is being offered to new and old customers alike.

Now carrying the title of Director of Golf, with oversight of both courses, Hartley arrived here at the time the River Course was being constructed. He spent the first chunk of his quarter-century at The Alisal as a River Course staffer, serving area public golfers as well as resort guests. It was a homecoming of sorts for Hartley, whose grandparents had belonged to a country club in nearby Lompoc. His main sport as a youth was baseball, which led him to the University of California at Davis as a scholarship player. For someone who calls himself a “recreational golfer until after college,” Hartley achieved astounding progress as a professional player, making it all the way to the ultra-competitive Golden State Tour before turning to club work.

“There’s a feeling when you’re out on the Ranch Course that you could be 100 miles or even 1,000 from the freeways and the big cities,” says Hartley of his adopted home. “It’s a canyon environment, and the temperature can be 40 degrees at sunrise then go up to 75 or 80 by afternoon.” Even the hottest weather is made quite comfortable by lack of humidity and the shade pools provided by towering trees. 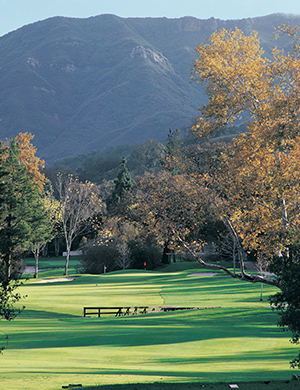 Designed by the highly respected Billy Bell, Jr., the Ranch Course is notable for its kikuyu-grass surface, which makes for excellent fairway lies and challenging, “grabby” lies in the rough. “Drive the ball accurately here, and you’re in for a fun day with lots of strategy and interesting options,” says Hartley.

He can guarantee that a foursome of skilled players choosing to walk will move smoothly and pleasurably around this layout, whose tee boxes are all in close proximity to the preceding greens. “You’re experiencing these very natural ground features—not something that took a lot of bulldozers to build,” says Hartley. “Above you are eagles and hawks circling, all around you are huge pines and sycamore, some cottonwood trees, too. You end up feeling focused and relaxed at the same time.”

One design feature that architect Bell employed frequently here is the “risk-reward” option. That’s the term used when a golfer eyeing a bold line of play versus a safer one must balance the possibility of extra trouble against an improved chance at birdie. It’s the sort of challenge that would encourage a player to produce heroic deeds, when called upon.

One trait a travel writer looks for in classic resorts is staff longevity, and this luxurious outpost is exemplary in that regard. Hartley puts himself “somewhere in the middle,” between the most recent hires and the employees who have been serving dinners, tending bar, or giving tennis lessons since decades before he arrived. The sense of personal connection with staffers makes Alisal guests want to book long stays, as well, and return often. Golfers among them may secretly be planning enough vacation time here to eagle—OK, to birdie—every hole on the Ranch Course.

David Gould is a writer, editor and consultant with expertise in travel and golf. He is the former executive editor of Travel + Leisure Golf and the author of several books on golf history and course architecture. He is a Boston native and lives in Massachusetts.