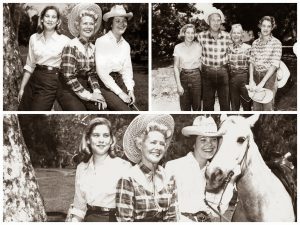 Alisal Guest Ranch has been providing legendary hospitality for its guests for generations and has a loyal following spanning all ages.  Recently, they received a letter from the granddaughter of a longtime guest that tenderly reminded the Alisal team what the true definition of “hospitality” is and and renewed what they are all about:  they have more than just “jobs”.  They are deeply steeped in legendary “memory-making” for generations and creating an experience for their guests, who come back year after year. One “read” of this letter, and you can’t help but catch a glimpse of family memories that continue to bring love and laughter – and probably will for decades to come.

My Grandma, Ann Lund, passed away today at the age of 101. My Grandparents, Mr. and Mrs. Richard W. Lund, discovered the Alisal before it even opened its doors on July 16, 1946. “The Lund’s were Alisal’s original guests (over 67 years ago),” my mother Beverly was told.

My grandparents along with their 2 daughters, Beverly Lund Folkedal and Barbara Lund Butler would vacation at the Alisal yearly. Along with the vacations my Grandpa would hold yearly Latham & Watkins Attorney retreats at the ranch as well. And once Beverly and Barbara were married they continued the vacation tradition including their husbands (Anders Folkedal and Richard Butler) and then the grandchildren (Ricky Butler, Dana Butler, Julie Folkedal Marsh and Erik Folkedal). 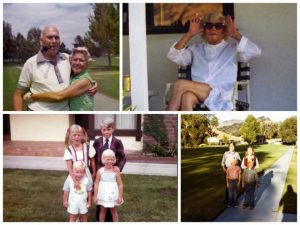 My family spent every summer (2 weeks) over Labor Day weekend at the Alisal. Rooms 56, 57, 58 and 59 on golf course row became our home during our family vacations. We grew up watching my Grandma and Grandpa golf on the Alisal’s golf course and listening to Bill Powell nightly at the piano in the Oak Room bar.
As the Alisal grew up,  our family grew up as well. I spent every birthday at the ranch until I was 31 years old. Dick Silva would lasso me yearly in front of the campfire on our breakfast ride. Murph Copass and his brother Jake Copass taught my Mom and Aunt to ride horses when it was still a working cattle ranch. Bill Nichols and Dick Silva carried on the tradition teaching my cousins, my brother and I how to ride. Bill and Millie Nichols, Jake Copass, and Bill Powell became close friends of my  grandparents throughout the years.
The Alisal will always hold a special place in my families’ hearts. The memories are what we hold dear and will cherish as the years go on. I just thought I should send this letter because I know how much The Alisal meant to my Grandma. 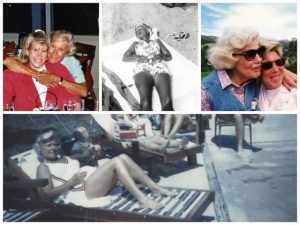 “We stayed there before it even opened,” laughs Ann Lund. “For some time, we’d been going to a beach house. With the kids getting a little older, we were looking for something different. After an ad in the Los Angeles Times caught our attention, we drove up to see The Ranch. It had a Mexican motif.
Back then, we were only given one clean napkin per day, in the evening. It had to last you until the next night. We each received a clothespin on which we wrote our names and then used it to tack our napkins onto this huge sombrero hanging on the wall. Isn’t that something? After a ride up to The Adobe, the cowpokes would `pick on’ some of the guests. The way they would mimic how a guest got on or off a horse or how he or she rode was so funny we’d fall on the ground laughing. It was really Western and everybody who came had such great humors. We had loads of fun.”

We love the tradition of the Alisal for our family. We’ve traveled the world, but this is our favorite family gathering location…everyone has something they love to do.