MAKING ALISAL MEMORIES: HOW TO WATCH THE PERSEID METEOR SHOWER 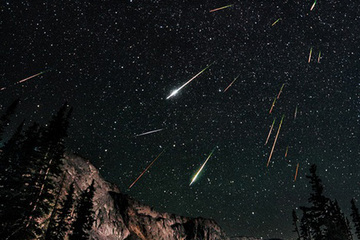 On Wednesday and Thursday August 12 and 13th, a gorgeous display in the sky will happen.  Mother Nature is providing a rare occurrence, and thanks to the new moon, the sky will be at its darkest for viewing this spectacular show:  The Perseid Meteor Shower.

Alisal Guest Ranch and Resort is nestled in the heart of the Santa Ynez Valley, in Santa Barbara’s wine country,   and is away from most city light, making it a prime location to enjoy the meteor shower.  While geographically those locations on the west coast in California are rated “Fair” for seeing the shower, it’s worth checking out.  Grab the family,  head on out and look up .

Here are some helpful hints about the meteor shower:

According to NASA, Perseid meteors are bits of dust and ice from the Swift-Tuttle comet, which comes into Earth’s “neighborhood” about every 130 years.  Earth and the comet cross paths each August, and the particles burn up in an atmospheric light show. The meteors can fall at theoretical speeds of around 140,000 mph, according to NASA.

Can’t watch the shower in person? No worries, NASA has you covered on their live broadcast: http://www.nasa.gov/nasatv (and yes, Alisal Guest Ranch and Resort has Wi-Fi so you can catch it).